October 12, 2021 – A duPont Manual senior has developed a device that allows individuals who can’t verbalize their thoughts due to paralysis to ‘speak’ through a computer by tapping into the signals that originate from the speech center of the brain. Varun Chandrashekhar says his invention will create opportunities for those who can’t verbalize words to use technology to “talk” to their friends and loved ones. 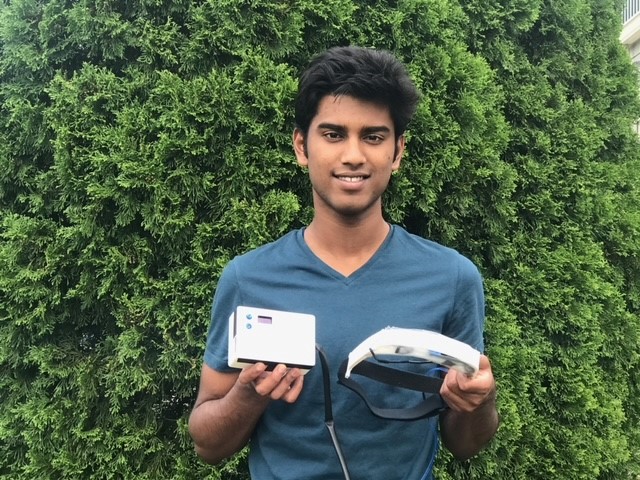 Chandrashekhar said his project, “SpeakUp,” which he undertook as part of his AP Research program, was inspired by similar research being done at MIT that translates the electrical signals transmitted by speech muscles into words. He wants to eventually make the technology more portable, cheaper and easier to use.

“In a paralyzed person, they can’t actually use their muscles to speak, but they still send those electrical signals to their speech system,” Chandrashekhar said. “So what I tried to do is measure those electrical speech signals, and then send those signals through an algorithm to try and determine what word the person was saying.”

Chandrashekhar said MIT’s device used only one particular algorithm to translate the speech signals. He wanted to take that research farther, and determine if another type of algorithm actually worked better at converting those signals to words.

“I’m hoping to set up a baseline for the next set of researchers to come along and say, ‘OK, he’s done research comparing 10 different algorithms for this signal-to-speech translation.  And he’s identified this algorithm that’s best, so we can go ahead and use that algorithm, as opposed to trying it out and wondering why the accuracy was off.’ ” 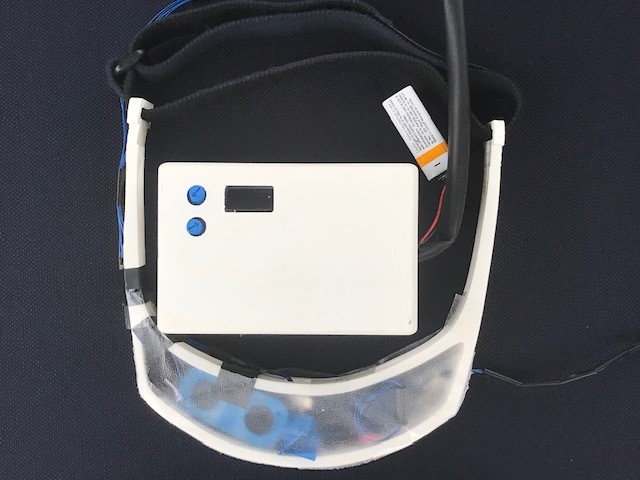 Chandrashekhar said his device could translate about 10 words, and cost him less than $100, not including his computer, to build.

For now, the MIT hopeful wants to refine his device to translate more words, and take signals from different speech areas to improve the accuracy of translated words. For his current project he only took signals from the speech muscle underneath the chin.

His work has been published in The Young Researcher, a peer-reviewed student research publication, and won awards in both national international competitions including the International Science and Engineering Fair and the Junior Science and Humanities Symposia. He also represented Kentucky at the American Junior Academy of Science.

Chandrashekhar credits several of his teachers, including Alesia Williams and Keri Polevchak, for readying him for the enterprising project.

Polevchak, his science fair coordinator, guided and encouraged him in his research journey. “She guides hundreds of students at DuPont Manual,” he said. “Without her support, Manual’s science fair program wouldn’t be possible.”

Likewise, his AP Research teacher, Alesia Williams, prepared him to take on the ambitious study and analysis.

“Even though I did science fairs for several years, I didn’t know a lot of things I should have done when I started research,” he said. “She taught me that this is what actual researchers do and this is what you should strive to emulate in your projects.”

Williams said Varun’s passion and focus, in spite of the challenges of the pandemic and remote learning, have been essential elements to his success.

“He was always working to master the requirements established by the College Board for a quality research project. He was also receptive to my feedback about communicating his ideas to a generally educated audience. That’s especially challenging to my students who are accustomed to competing in science fair and communicating with scientists who already have some expertise on their topics,” she said. “Varun’s interest moved beyond the science to the desire to create something that can actually improve the lives of people who suffer from speech disorders.”

Chandrashekhar added that Williams’ students have one of the highest rates of perfect AP test scores in the country, and a 100 percent pass rate on AP tests, “so I knew I was in good hands.”